The fandom wiki page on Haifischmaden describes their closest relative as the lamprey eel. I would like to refute this, and perhaps provide enough evidence to get that page changed! There's a creature even more similar to Shark Maggots. Let's review the anatomy of a Haifischmade (in English, we call them Shark Grubs). They have:

-A skeleton made of bone

-Slime of different properties, which they can control

-A method of walking that the English translation describes as 'undulating'. (I think this must mean meandering back and forth slowly like a snake or slug, and not moving their bodies like an inchworm. A spine makes it impossible to inchworm.) The effort it takes to move so much bulk means they're muscular under their fat.

-Fleshy segments not unlike a worm

-Social graces, the ability to speak, and very high intelligence

Many of these things sound to me more like a little known creature called a caecilian. The lesser-known, shier cousin of frogs, caecilians are segmented worm-like amphibians with sharp rows of teeth and smelly, deterrent slime. Unlike worms, they have a spine and a big, thick skull they use to plow through dirt. Terrestrial caecilians' muscles work like a hydraulic press to force their long bodies forward through the earth. Aquatic caecilians dance gracefully through the water. Many aquatic caecilians are born with gills, then develop lungs and breathe at the surface. More importantly, some species breathe water through their skin without any lungs. One shark-like feature is their incredible bite power; they have two sets of mandibular muscles! 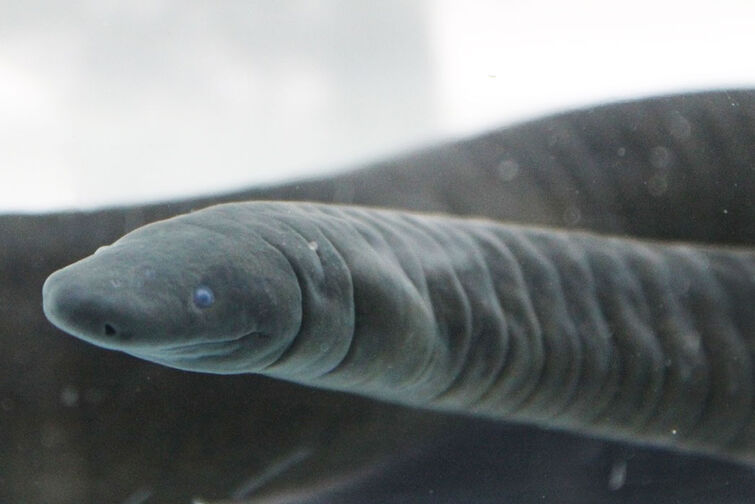 Tell me you don't see the resemblance! 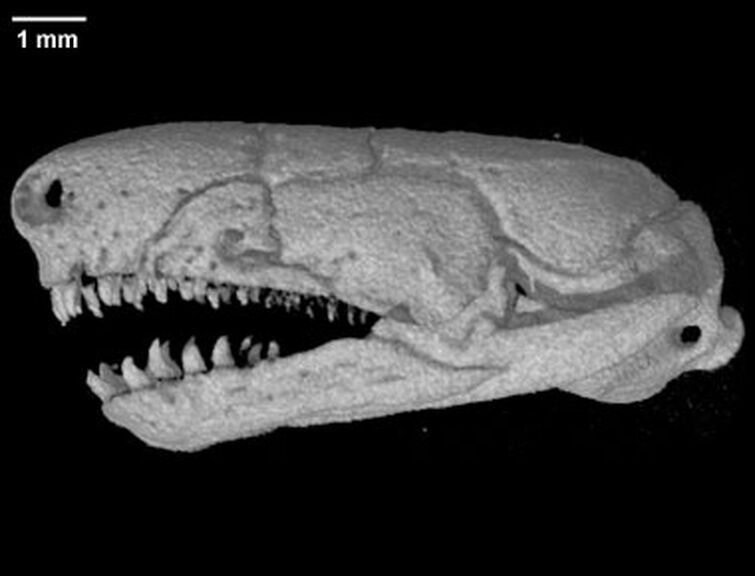 Now, on the topic of lampreys. While their teeth are fearsome, they have been around for a very long time, they sport a dorsal fin, and they survive both in both freshwater and saltwater, lampreys have more differences to Haifischmaden than similarities. They lack jaws entirely and suck their food in. They have one nostril atop their head--looking like a blow-hole--as well as four eyes and gills. Their skeleton is made of cartilage, like a shark but unlike a Haifischmade. It is important to note that they are still very similar to caecilians, with the same scaleless body, reproductive organs, and underdeveloped eyes. Caecilians are indeed a lot like lampreys, the difference being that caecilians are much more similar to Haifischmaden.

I have several other thoughts on the ancestry of shark maggots.

-Dolphins! The four stomachs are a dead giveaway; dolphins have three. Intelligence, social nature, capacity for evil, and vocal ability can also be attributed to dolphins.

-The English translation refers to Smeik as being like 'a fat sea cow,' also known as a manatee, but I'm not sure if this is a hint at his ancestry or just an observation. Manatees are very docile and avoid confrontation. Haifischmaden make others do their dirty work and can become scared, but they also don't shy away from dirty work in the case of Phistomefel Smeik. I'm not sure of this one, but the 'booming note' Haifischmaden are capable of could be attributed to manatees!

-I also think they must be related somewhat to slugs for their ability to climb vertical surfaces and change the chemistry of their slime at will. In fact, Volzotan Smeik is likened to a 'monstrous slug'. For a slug, walking on your belly (well, it's technically called a foot) is not so bad; a layer of slime lubricates the floor and leaves that signature shiny trail.

-14 arms is a peculiar number. Who else has 14 limbs in nature? The isopod or pillbug (where I come from, we delightfully call it a roly-poly), a relative of the crab with gills. It looks rather like an insect. Many species live in the ocean, but others can be found on beaches or even in your backyard. They can be very social and form communities!

-Maggots and grubs are the larval stage of flies and beetles. Therefore, it's impossible that Haifischmaden are really related to maggots as we know them - but keep in mind that anything can happen in Zamonien! 'Maggot' or 'grub' could also be a misnomer for the prehistoric ancestor Volzotan Smeik recalls in Rumo.

-Bull sharks are uniquely capable of breathing both saltwater and freshwater. I believe it's implied by Volzotan Smeik that he can breathe saltwater, and he does breathe freshwater while he is held prisoner. Additionally, greenland sharks are purported to live hundreds of years.

Their little hands I'll accept as a product of natural selection. The only thing I can't place is the ability to sweat and the 'sebaceous glands' mentioned in Rumo, which are unique to land mammals. Volzotan Smeik also blows his nose at one point, which seems puzzling. Ah, I'll suspend my disbelief for those!

Lastly, I believe that in order to have the range of movement that's described in the books, the spines of Haifischmaden need to be bowed backwardly when they stand upright, causing their rolls to bunch in places. This gives them the ability to straighten and lie flat with their face close to the ground, or to swim more aerodynamically. This isn't how the graphic novel depicts their skeleton in the bonus section, however I think that illustration can't be accurate.

In conclusion, I hope this has been fun and educational! Soon in the future, I might explore the topic of Eydeeten, gnomish races or the 'subterranean hominid', and my personal (highly speculative, mind you) fan theories about their brains and childhood development, from my perspective as a psychology/neuroscience student. 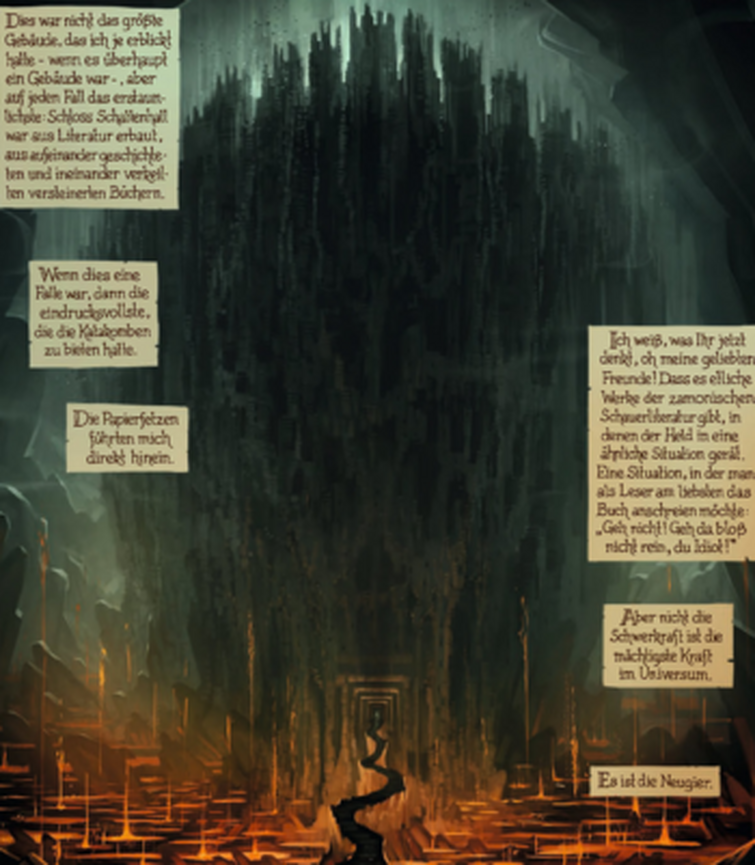